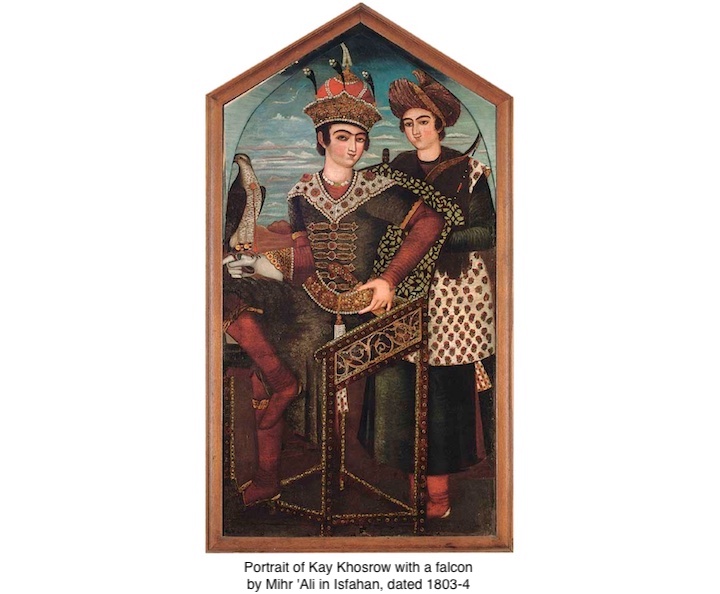 I see that the sea calls me to serenity

But everything has turned into a storm within me.

On this sunny day, I see a blizzard

And the faded footprints of Kay-Khosrow

When in that crow-calling Friday evening

Before the beginning of his graduation party

He was creeping on the carpet alone

In the backyard of Partow Kindergarten

And shrilling from the pain of separation

Until his worriers Rostam and Giv appeared.

Then Mr. Pazoki took out his violin from its black box

And Mrs. Pazoki put a paper crown on his head

And sent him onto the stage

In front of a noisy audience

To his nearsighted eyes.

Now how can I say to that child

That he sealed his fate that night

When he walked in the footprints of Kay-Khosrow?

In waves, I see my entangled shadow

And in clouds, my burnt-off body.

I look at the footprint of this seagull on the sand

Who each time, after walking a few steps,

Stops and turns back

And looks at the empty place of his mate.

Am I still capable of interpreting the world?

I swear by your crystal ball

Tell me, what is the meaning of all this?

Why did I sit at Kay-Khosrow’s throne that night

And put that paper crown on my head?

Why did I take Rostam into my heart

And ask Giv for help?

I have lost the power of sight

And when I look at things

I cannot see save for

A lost shape of myself. *

*- According to Ferdowsi in The Shahnameh, the mythological living king Kay-Khosrow, who held the Jam’s crystal ball, after killing his maternal grandfather Afrasiab in revenge for the murder of his father Siavash, lost interest in life and gave his kingdom to Lohrasb. Then he washed himself in a spring and disappeared in the dark. As he had predicted, his remaining entourage died in a blizzard a day later. The night that I played Kay-Khosrow in kindergarten, my brother Hamid was among the audience. He took my picture and brought me back home.