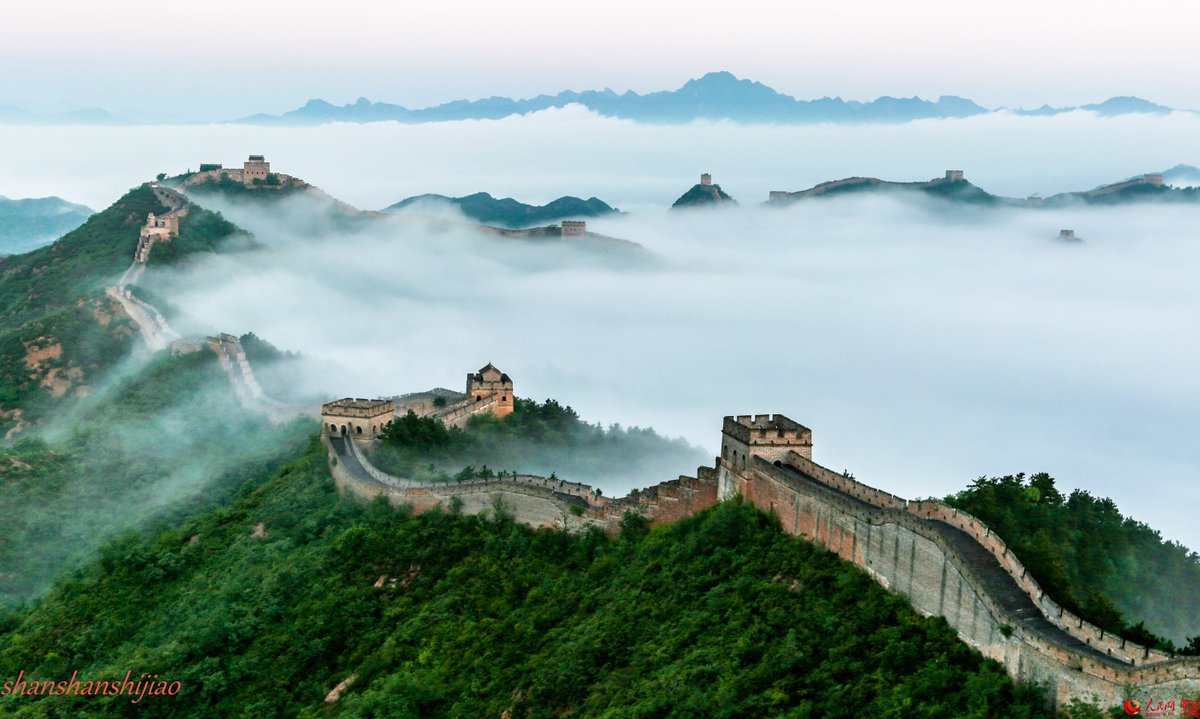 We climbed the Great Wall of China

And reached the second watchtower

Where a narrow, dark minaret

There, I saw three poets of Tang dynasty:

And Du Fu, the sage.

They were looking at the deep valley

From the top of the balcony.

I told them that I have read Sutra

And have heard scattered narratives

Of Lao Tse and Confucius,

And yet, since my adolescence

I have only been attached to their poetry

And only Du Fu smiled.

Then we descended the mountain

From an Uyghur girl peddler,

Who had almond-shaped eyes

Like Afaq, the love of the Persian poet Nezami.

Finally we sat on a stone seat in a tavern

And ordered a jug of rice wine

With a basket of fragrant lychees.

While a pet cricket

Was silent in his gourd cage,

For my traveling companion, Wendy:

“Riding horses, advancing in the blizzard

A pale line of people climb the mountain.

At their posts, they grab dangerous cliffs

Feeling ice sheets under their fingers.

They have left their homelands long ago

And don’t know when their forced labor is over.

At sunset, they envy the clouds floating toward the south:

Can these clouds carry our messages back home?”