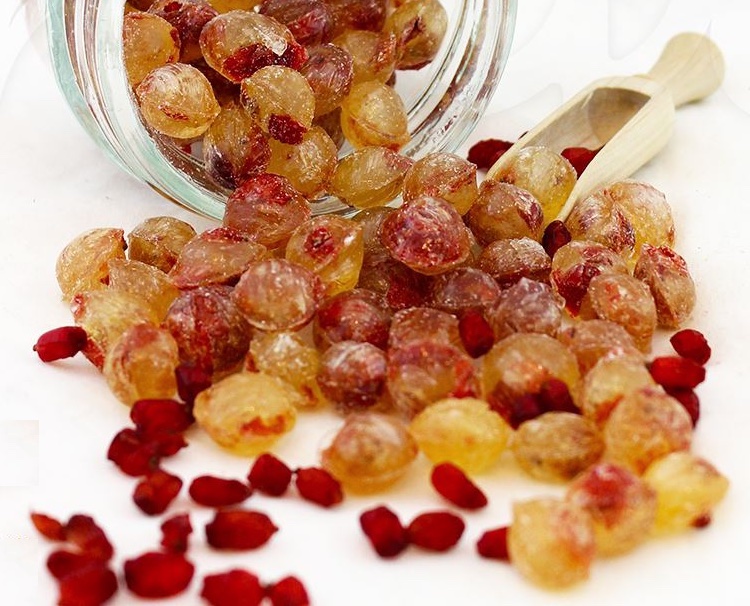 The night that Father packed his suitcase

To travel to America

I ran to the alley shops

And bought a package of barberry candies

So when his stomach ached

He could put a candy in his mouth.

Every time that he wrote us a letter from America

He always updated the number

Of consumed candies on the top:

“Today I ate the tenth candy of Majid.”

When returning to Iran

Father brought me a pair of red earmuffs.

We went to mountains on Fridays

And if the snow had covered the ground

I would put on my earmuffs

And he, who always had a handful of pistachios in his pocket

For relieving his stomach pain,

Sometimes gave me one too.